On March 11th 2011 a massive earthquake happened in Japan followed by an destructive tsunami. Until today, not all is recovered and still a lot of clean up work has to be done.
More than 90,000 people are still in shelters 3 months after the massive quake and 40% of clinics and hospitals have still major difficulties to rebuild their facilities. This is the same for the schools & kindergartens. If you look at NHK World News webpage you will see the survey that 77% of the population in Japan is not satisfied with the progress of reconstruction and in my opinion it is connected with the still remaining challenges which we are facing in Japan: political instability, weather conditions (lots of rain), Fukushima is still not under control and the radiation fear did reach an area more in South yesterday: Shizuoka.

This all leads to change the mind set, in my opinion the only way forward: "change yourself"

In Shinjuku one - if not the largest - demonstration ever happened today. More than 20,000 people were on the street and protested against nuclear power. It is already a good way as the government is listening and they stopped all future plans on enlarging the number of nuclear power plants. The prime minister Kan will host a meeting about renewable energies and Japanese companies are exploring more than ever before in that area as well. 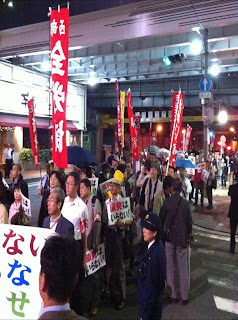 But honestly, it is only a small step. The more important is that we start acting more responsible and save more energy by ourselves. Japanese people started with it and I hope that it will continue.
You can see these posters of  "please save energy" everywhere at the train stations. You can hear people talking about it as the government asks to cut 15% of electricity usage during the summer months and companies are looking into new ways for daily work life of their employees (super cool business, less overtime, more shift work, etc.). 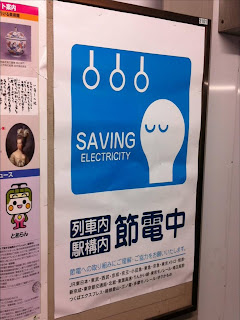 I think it is a new consciousness which this crisis has created. I really hope that this is only the start point and a double point for other countries. The picture below shows exactly, what is important to understand: "Radioactivity has no Borders"


It does not work if only Japan and Germany are changing their policy about nuclear power, and other countries build more nuclear power plants. We all have to change and we all have to start with ourselves: Save the Energy!
Posted by School Cones for Japan at 6:39 PM No comments:

It is a long way to go - Help is still needed

Today you can read on the internet page of the news agency Kyodo the following:

"Three months after the March 11 earthquake and tsunami and with a nuclear power plant disaster still unfolding, a great many survivors are still living in shelters as construction of temporary housing for them has made slow progress.

In the worst-affected prefectures of Iwate, Miyagi and Fukushima in northeastern Japan, only half of the needed 52,000 temporary homes have been completed.

Even after all evacuees have found temporary abode, however, there will remain the extremely testing issue of how to reconstruct permanent residential areas."

Source: KYODO NEWS (You can see pictures on before/ after at this internet address)

This demonstrates that still a lot of help is needed and many people are still living in shelters. Many schools will only be renovated later this year.

I heard from several Japanese companies that they allow their employees to go to Tohoku to help with the clean up, etc. A friend of mine wrote me this week: "And nicely enough my company sent a mail, asking if employees would be interested to go to Touhoku for volunteering. I'll be going this week Thu-Sat, mostly to shovel mud and to carry broken furniture... Smooth option for company employee, as company is organizing the transportation & accommodation."

Posted by School Cones for Japan at 6:32 PM No comments:

Support from all over the World

During the last two weeks we have received a many emails from schools and private persons who like to help, and we just like to give a short update about it.
Let us start with the Community Dinner Group in . Dominik Villaret and Nora Sun have contacted us, and together with the help of Britta Lemke they organized a charity dinner in . Britta was in during the Earthquake and she could report about her experiences and of course our project. Thanks to all of you, we have received 220,- EUR. Arigato Gozaimasu. 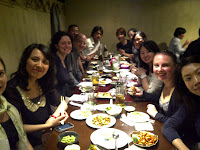 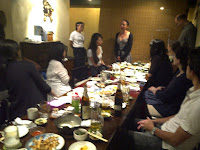 Then there was Odette Vella, who lives in and was as well with the student organization AIESEC. She heard about our project and immediately contacted her local school, in Mellieha. Together with the headmistress Mrs. M.R. Leone and the two teachers Mrs. Emilia Fenech and Mr. S. Chetcuti they have organized a drawing activity with their pupils and collected around 100 pictures.
Charles Schiavone of DHL supported the transportation to . This shows heart and a great caring attitude of ! Arigato Gozaimasu! 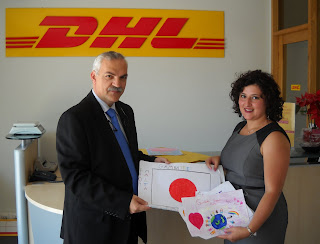 In , we have Cathrine Pichot who liked our project idea very much as well and she contacted schools in , Arc-en-ciel St. Sauveur de Pandemont & École Sainte Jeanne d'Arc - Nord Sur Erdr. At the end she wrote to us: “It is a real pleasure to join your wonderful idea and to ask French school kids to draw these pictures. It was a way for teachers to explain what happened in and I have seen that kids were very touched as you told in your below message. My son, Axel, who is 4 years old, was very touched when he understood that many Japanese kids have lost their house, their toys, etc... and he was very happy to send these pictures from his school to give some smiles!”
At the end they collected more than 200 drawings, which are on the way to Japan now – thanks to her and DHL in France, who subsidized this activity. Merci & Arigato to ! 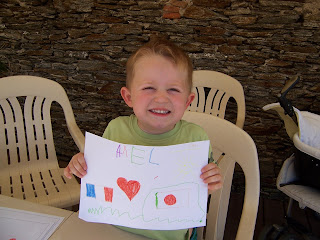 Vivian Lie lives in and Carlie Nelson stays in . Both of them heard about our school cones project and started to talk to schools.
Carlie already collected many drawings at her own school and they will send these soon. See below the nice pictures of the school kids in Carden Traditional School, Surprise in Arizona. You can see the joy and caring spirit in their eyes.
Vivian opened an online shop in , which is called “Kindercone”. Because of this, she has many contacts at schools. She is discussing with the schools at the moment and will send us children journals for our cones. Thanks a lot! Arigato Gozaimasu to both of you! 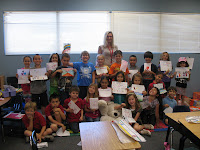 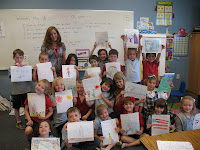 A very big compliment goes to Jana Heibrok. She is a teacher at the Gesamtschule in Porta Westfalica () and together with Lars Backhaus she organized a presentation at the school, organized drawing sessions and collected more than 100 pictures. On top of that she motivated a colleague of her at the , Tobias Westermann, who also organized drawings of his pupils. You can see on the photo that many students were engaged and were happy to do something nice to the kids in . The Freiherr-von-Vincke-Realschule in Minden followed the example of Jana as well and also contributed postcards and angel paintings. A big thank you goes to Jana, Lars & Tobias. Dankeschoen!

Of course we cannot forget the Heinrich Boell Schule in Goettingen. They were the first school, which joined. They are the school which inspired us and kicked off this entire project.
The Class 9 organized the "Cafe Heinrich" and collected more than 400 EUR - thank you so much for your support and especially to Andrea Boesch, who is a teacher at the school and Lucas. He is the young student on our webpage. He is the one who pushed Andrea and now many more people. 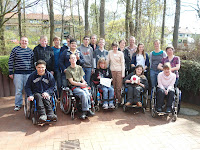 This is already a lot of support, but many more schools are involved and more schools in , , , , and also showed their intention of organizing activities. We will collect drawings, donations and postcards until the end of July - please help us to spread even more the word.
For us it is nice to see that children all over the world are engaged to help. At the same time they learn something about Japan and about social responsibility. This motivates us to do even more here and at the moment we try to find one or two schools in Tokyo, which can put together all the pictures, drawings and postcards to colorful photo books.
We thank everyone for their support and we can only repeat that we do not have words which could show our appreciation enough. Just a big ARIGATO!
Posted by School Cones for Japan at 12:50 AM No comments:

Survivors of the March 11 earthquake and tsunami expressed their anger Thursday at politicians they said were wasting their time in a power struggle over a no-confidence motion against Prime Minister Naoto Kan's Cabinet.

''If politicians have time to get in each other's way, they should come to Fukushima and help settle the accidents'' at the radiation-leaking Fukushima Daiichi nuclear power plant, a 25-year-old corporate employee in Tamura, Fukushima Prefecture, said.
The man also said he does not expect anything from such politicians but that Kan should stay in power until the nuclear crisis is resolved.
Source: http://english.kyodonews.jp/news/2011/06/94888.html
Posted by School Cones for Japan at 10:19 PM No comments: